Day two we slept in just a smidge. I woke up first because my stomach doesn't care if I'm tired; it demands food. So I ate my leftover Carbonara and just relaxed for a little while. We had some pretty intense standing/walking stuff planned on day 2, so the rest was good.
I say we because OBVIOUSLY Casey and I helped a ton with the planning/prep for this trip.
I'm almost sure we did SOME work.

.....
Okay we did nothing. But in our defense Laurel likes to plan and she has fancy spreadsheets with ratings called Smith Stars so like really what can these two idiots contribute to that?

While we were on our way to go to the Statue of Liberty we stopped in to a little deli named Stir for lunch. I got a sandwich called the Broadway and it was very interesting. It had tiny chopped up sweet pickles in it, which I HATE. I HATE sweet pickles. But this..it was incredible. It had tiny thin fried onion strings and pastrami and OMG Italian panini heaven.

After that we did a full day of touristy activities. Ellis and Liberty Island were SO fun, especially as we tried to guess how often people per day fell down the stairs of the ferry or dropped their phones in the water. We are super cool people. 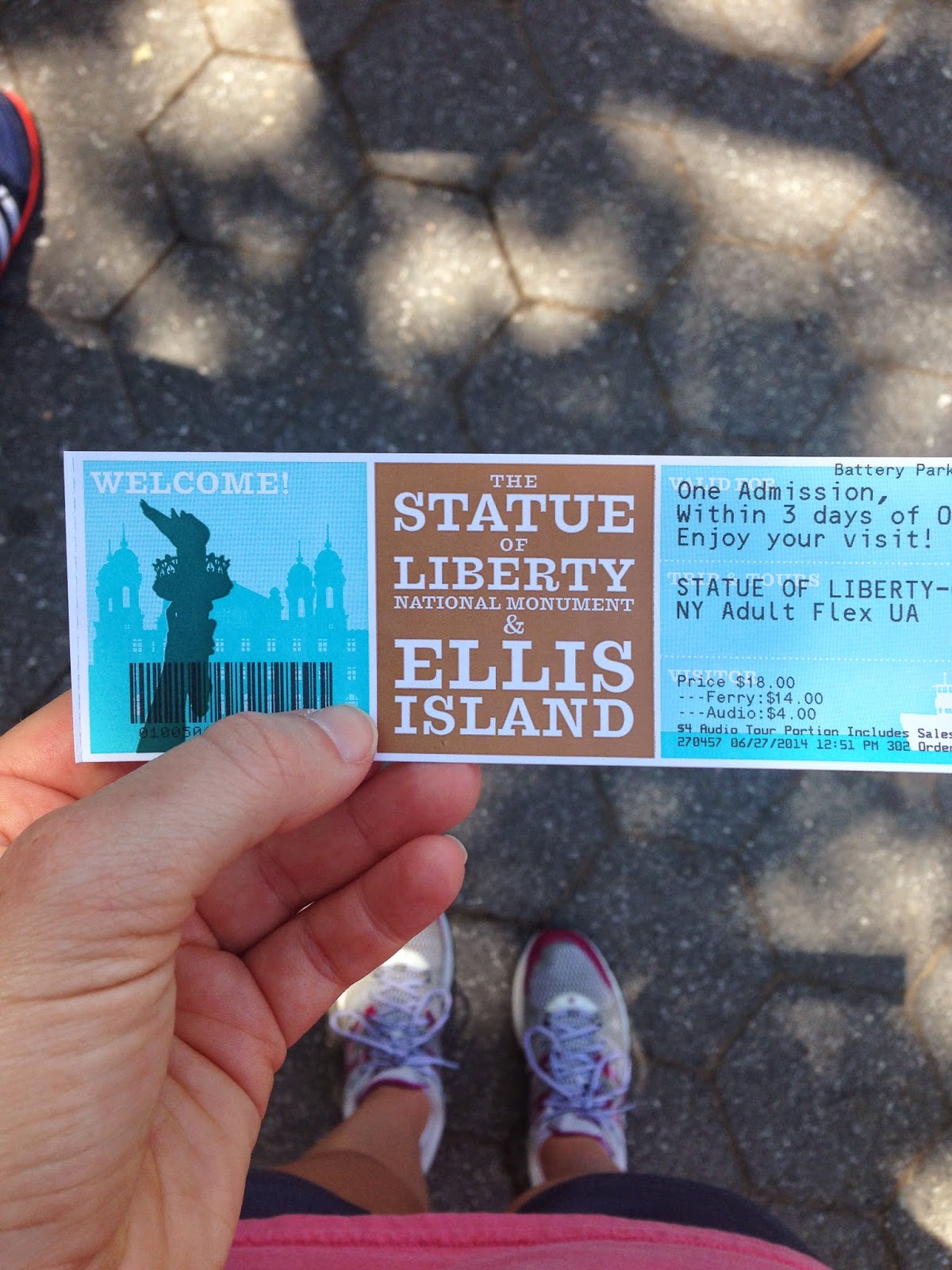 After Jen got off work, we met up with her for dinner. We went to S'MAC, an awesome mac and cheese place.
I ordered 4 Cheese: Cheddar, Muenster, Gruyere and a touch of Pecorino. Can you blame me? Did you READ that line up? Cheese addicts everywhere rejoice. However, after sampling everyone's, I had a touch of order regret. Don't you hate that? It was only a mild case but still. The thing that was my favorite out of what I tried was Alpine: a Swiss Mac that keeps you coming back for more. Gruyere coupled with its partner in crime, slab bacon. I didn't order because sometimes, and I know there will be naysayers, I think stuff has too much bacon. I love bacon. I really really do. But I don't want all my food to taste like bacon every single meal. The Alpine, however, had the perfect amount of bacon. I should've ordered it. Or built my own. ANYWAY, the 4 Cheese was great too. 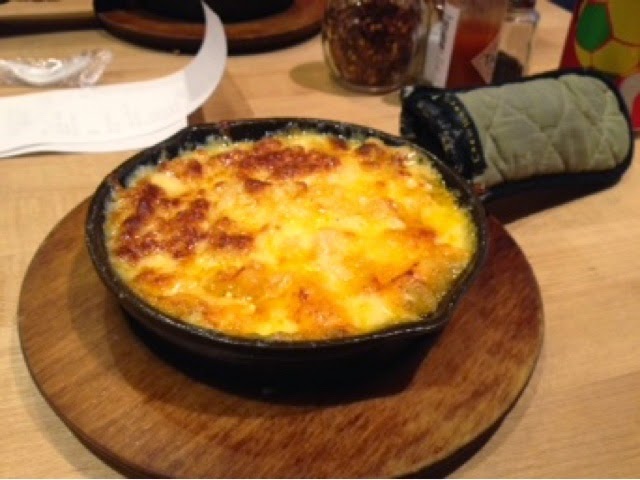 After dinner, the four of us split up for the night. Casey and Jen went to a soccer game, and Laurel and I did a random assortment of funtivities, most of which will probably end up on her blog. Some are not fit for the masses on the interwebs. Just kidding. Mostly. Anyway, that night was one of my favorite parts of the entire trip because not only did Laurel and I have SO much fun, but we saw the sun set over the city from the Empire State Building. Absolutely magical. There are no words. We were exhausted and looked like death and they wouldn't let us sit down inside while we waited on sunset but oh my gosh you guys. SO worth it.

Day 2 ended with me watching Friends (my ALL TIME favorite show) IN NEW YORK, on a couch, eating hummus, with one of my favorite people on the couch next to me. It was one of those times where you just love your life more than you thought you ever could. Tell me some surreal and simple moment where you were unbelievably happy! Not when you won the lottery or something crazy, just one of those blissful sweet moments.

For the past 27 years, I've been in a very passionate relationship with food. I really started cooking in college when I realized I probably couldn't survive on just carrots and ranch. I work as a ministry assistant at my church during the day, and I'm a Senior Stylist with Stella and Dot, a fabulous accessories line. Other than cooking & eating, I love to travel, rewatch entire seasons of my favorite television shows, and do anything that makes me ugly laugh.